PSF profiles from the NGC6633 images

The PSF of the VE2-band Arcturus data deviated markedly from the other bands (next to previous post). We check on this further by looking at the PSF profiles of the stars in NGC6633, which were used to calibrate the filters (in this post).

We plot the central flux normalised PSFs in B, VE1, VE2 and IRCUT versus V (shown in green in each panel). The PSF is formed from 95 different stars spread over the frame in each case: e.g. this shows the stars in the IRCUT image. 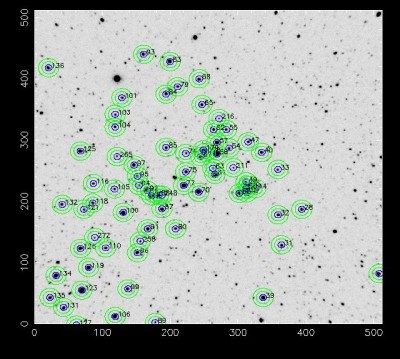 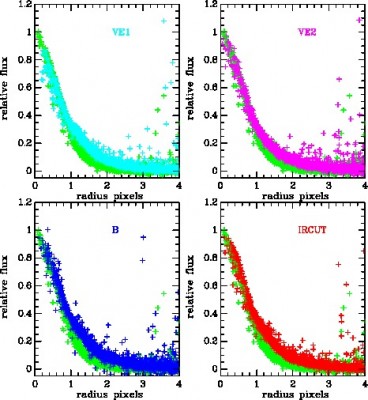 Same plot as above but in log-linear form: 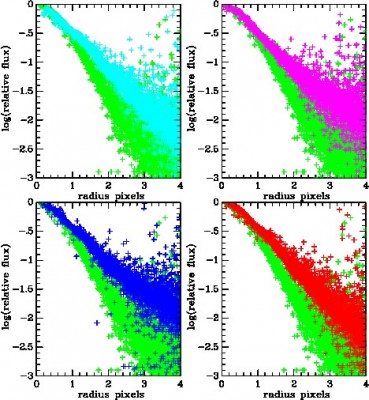 None of the PSFs are as sharp as the V band one — they all have more
flux at greater distance from the center. Interestingly, the VE2 band
profile is not discrepant, so the conclusion is that the IRCUT data for
Arcturus may simply have been out of focus.

It would seem the lesson from this is that the PSF can vary quite a bit — but note well that this is in the core only — as this is not a test of the extended power-law wings at all, as we are only probing to a radius of about 4 pixel (~30 arcsec) with these data.

2 Replies to “PSF profiles from the NGC6633 images”