Where does the earthshine come from

The earthshine comes from the various parts of the Earth that are turned towards the Moon, and the Sun – all the clouds and oceans and deserts and ice-caps that are illuminated and visible from the Moon contribute to the Earthshine. Which parts contribute most?

We take a representative image of Earth, as seen from space, and investigate where the flux mainly originates. 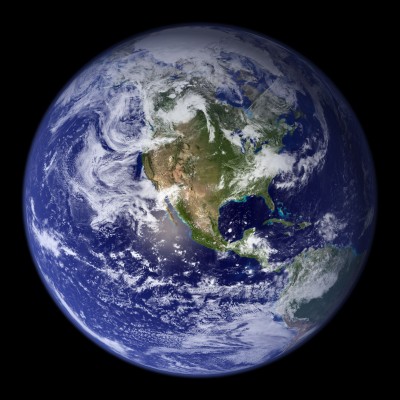 Splitting the above JPG image into the R, G and B channels we can analyses where e.g. 10, 50 and 90 % of the light comes from. That is – we seek the pixels that contribute these fractions of the total flux, and identify them in images. Note that R,G and B refers to other wavelength intervals than the B, V VE1 VE2 and IRCUT bands we have – our B band is bluer than the ‘B’ used in JPG images.

In the 90% images at top left we note that the B image (top row) looks different from the R and G images – the light in the B band comes from atmospheric scattering – Rayleigh scattering, and aerosol scattering – as well as the ocean and the clouds; other bands have more of their flux coming from clouds.

Variations in the blue may therefore tell us more about the atmospheric state than do the other, redder, bands. The Rayleigh scattering is due to molecular scattering – as long as the composition of the atmosphere is the same this ought to be constant in time; but some of the blue scattering is also due to aerosols and thus we may have a tool to investigate variations in the aerosol load. The longer-wavelength bands will tell us more about the continents. All bands are quite dominated by clouds – a small cloud can reflect as much light as a larger un-varying continental area.

The above is repeated here on another image of the Earth – more realistic as it is half-Earth. Image from Apollo 8. 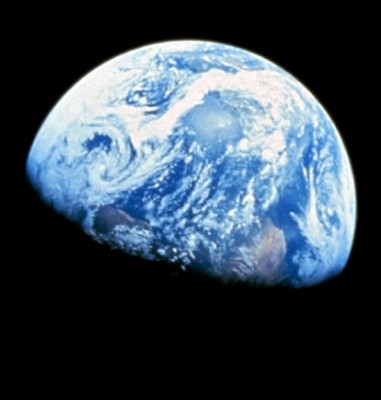 And here is the B,G,R images and the 90% percentiles: 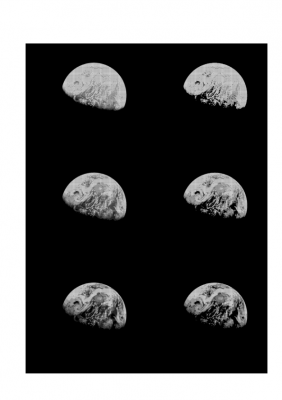 We again see that the light contributing to the blue image (top) is more diffusely distributed than in e.g. the red (bottom) case where most of the light comes from variable features like clouds. This implies that we should expect larger variability in our albedo data for the red images than the blue image.

2 Replies to “Where does the earthshine come from”