I do not understand this image: 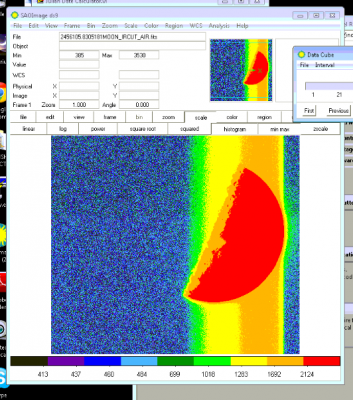 The image is not overexposed (3000 counts only) so the streaks are not ‘blooming’, which occurs when the pixels are saturated (starts near 60000 counts). A streak downwards would be due to readout while shutter was open (down corresponds to the readout direction). But UP is very strange – it could happen if the telescope was moving while the Moon was being imaged, but as far as I know this is not a situation we have seen before. It could also happen if the readout direction changed – but I do not think that is possible – and in this case readout would have had to occur in both directions then.