Wild Slew is back!

On JD2455993 I tried to do lamp flats since the night was cloudy and humid. Started the LAMPTEST script, the system started slewing towards the hohlraum lamp – and kept going towards the floor. KS stopped it before it hit anything.

Why on earth are we back to the ‘old ways’? This is the sort of behavior we had before the ‘dont send commands during slewing’ problem was solved by Ingemar.

Because the system has been well behaved for a long time I did not have the cable sniffer running so we have no record of what went on.

Any ideas of automatic operations while the system still does this must be ruled out!

Will now reboot everything, calibrate (on another night), and see if the problem reappears.

We can only hope that someone had been moving the telescope about by hand, as that would explain what happened. 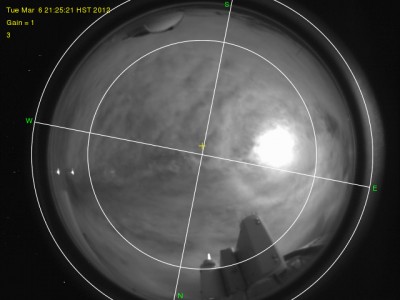