I looked at a bright white LED instead of a bright green laser.

Imaged it with the Canon 35 mm camera as before.

The result is exactly the same scattered light power law around the source.

Did this to check that nothing funky is going on with using a laser as a point source! 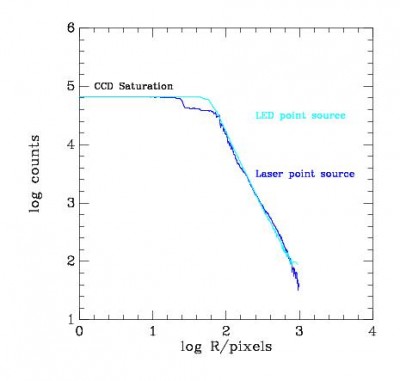 I added a scattering plane to the setup – a translucent tupperware lid was placed directly in front of the camera lens. Imaged the LED with and without the scattering plane. The lid scattered light very nicely (left) versus naked LED (right)! 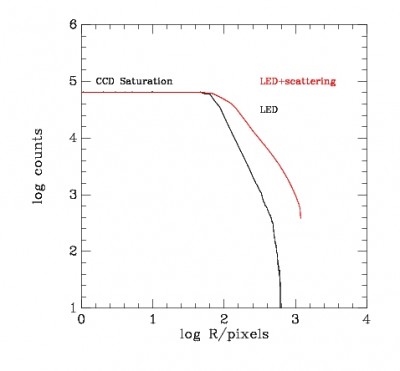 The power law index for the naked LED is -2.6, for the scattered version it’s -1.5. This latter value is very similar to what we get for the moon in the 35 mm camera shooting through air! The tupperware lid simulates the Earth’s atmosphere, presumably by accident.

Scattering through camera optics, air and tupperware lids all produce power law profiles. Is that not interesting? Scattered light follows a power law under a wide range of conditions!