Our analysis of images is hampered by their numbers and size. Many of the pixels in each image represent sky or otherwise similar areas: In other words – the ‘degrees of freedom’ of the image is probably less (much less) than the number of pixels in the image. In order to explore the potential of methods that operate not in the image plane but in various transform planes I investigated just how many singular values are needed to satisfactorily reconstruct a typical lunar image from an SVD – a singular value decomposition. First I just tried to reconstruct an image completely, using all 512 singular values: 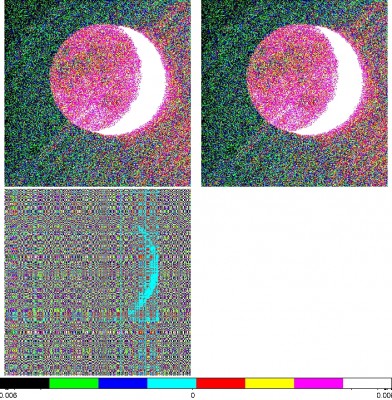