Effect of Wildey vs. Clementine

After the scattered light has been removed we still have the task of converting the observations to a terrestrial albedo. This is done, by us and the BBSO, with the use of a model for how the Moon reflects light. This involves assuming a lunar albedo.

The BBSO has a set of lunar-eclipse observations that they use to find the DS/BS patch albedo ratio – we use the Clementine map. That map is available to us only as an image file. We scaled that image so that the lunar mare and highland albedos correspond to what the literature states.

An alternative would be to scale it to match what lunar albedo maps show. The only digital lunar albedo map we have is the 1970s Wildey map, which Tom Stone gave us. In this blog: http://iloapp.thejll.com/blog/earthshine?Home&post=253
we performed a regression-based scaling of all the pixel values in the Clementine map to corresponding (or interpolated) pixel values in the Wildey map, using the two maps’ coordinate systems.

We therefore have the possibility of fitting our observations to the lunar map of Clementine scaled to Wildey (let us call that the “Wildey map” from now on) or the Clementine map (“Clementine map” – but note that both are Clementine-based!) scaled to the highlands and mares. This choice has been investigated.

We find that the contrast in the Wildey map is lower than in the Clementine map, which affects the quality of fit. 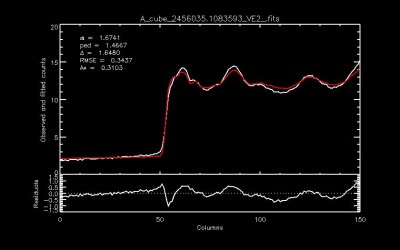 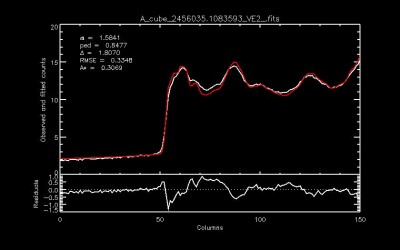 There is evidently a difference in the quality of the fits – neither being particularly good, failing to match the observed highs and lows. The conseqeunces for the albedo fitted is at the 3% level.

The mean difference in the terrestrial albedo determined using the two maps: 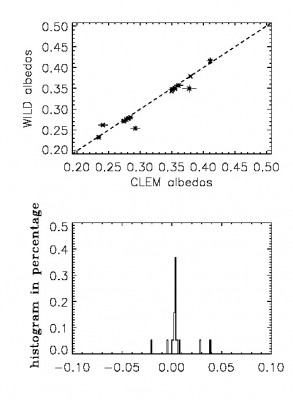 16 albedo values determined using both Clementine-scaled-to-Wildey (vertical axis, in top plot) and Clementine alone (h. axis). We see that the two albedos are near the diagonal – with only a few outliers. The histogram shows the absolute difference between the two albedo determinations – it is about 1% of the albedo value.

As long as the large spread in albedo values (from 0.23 to 0.42) is real and not due to some data-treatment bias, we have an effect from the choice of lunar albedo map that is at the level of the errors from pixel statistics (shown elsewhere in this blog).

We would like the known biases to be less than the effects due to scatter, so perhaps some work on the lunar albedo is in order? We can look at the mean values of the two maps – there was no requirement that mean albedo be conserved, and we can look at various ways of stretching the contrast, while maintaining mean value – this is a nice piece of work for a student project.

Performing a hand-adjustment of the contrast scaling, while maintaining the original Clementine map mean, we can refit the relevant profile. We get this: 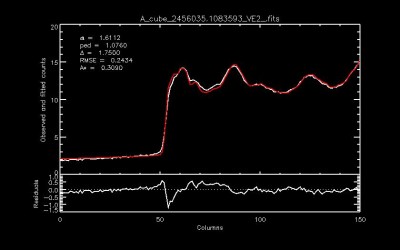